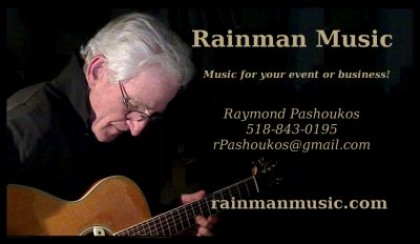 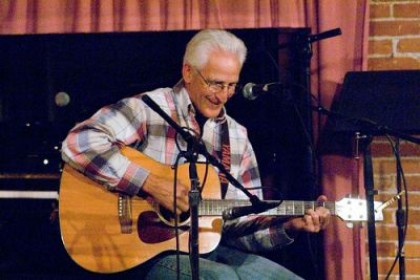 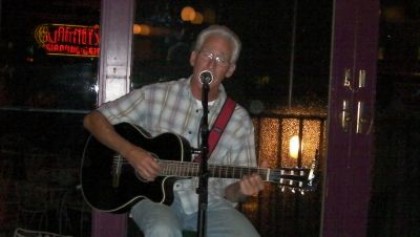 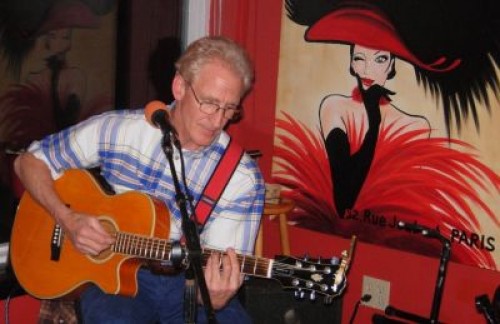 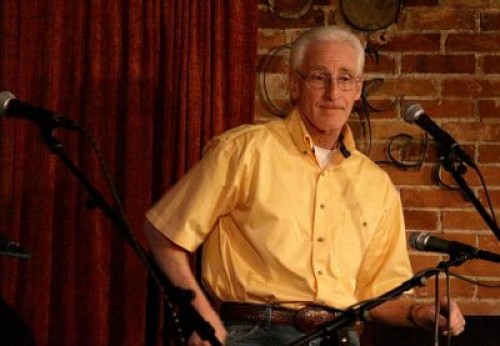 My name is Raymond Pashoukos aka "Rainman" which is a nickname I've used for some twenty years. I have been playing coffee houses and small venues in Saratoga Springs NY and the surrounding area. I am a self confessed song-a-holic and probably need some professional help.   I play acoustic/electric guitars and play several different styles, including folk, rock, blues and country. Check out some of my videos to get more of an idea. I play music I love including a lot of the singer songwriters like Paul Simon, Cat Stevens, Jim Croce and such. I've been told I sound like Cat Stevens, but I think when you play from the heart, the audience can tell and maybe... just maybe you can take them to that same place.

I moved to upstate New York in 1989 and in 1990 I was told about the open mic at Caffe Lena and I have been going almost every Thursday since. I play a lot of the singer songwriter tunes like Paul Simon, Cat Stevens, Jimmy Buffet, Taj Mahal, John Prine, Beatles, and lots of folky stuff. I was asked to become a host and have been hosting ever since.  It is nice to see the new faces coming to the caffe to sing their songs and become proficient at performance, there is always something to learn, and always something to teach.

In the early 70's, my brother Dennis showed my his Harmony guitar which he learned to play when he was in the Air Force, and showed me the chords to "For What It's Worth". I bought a guitar that week and have been playing ever since. When my children were young I played for them at night instead of reading them stories. I played in church folk groups for many years, both in Brentwood, Long Island and in upstate at Corpus Christi Church. There is always a new song to learn and another chance to touch the audience.